Mary Shelley’s horror story, Frankenstein; or, the Modern Prometheus, is a classic examination of the ‘science vs. religion’ debate. Written during the Industrial Revolution, Doctor Victor Frankenstein is so taken by the technological achievements of the time he forgets the soul of his creation; his Monster, and ultimately loses all he loves as a result.

Scientists conducting electrical experiments at the time certainly provided much of the inspiration for Shelley’s maniacal doctor, but one man is cited as a possible model for the theme of her novel. 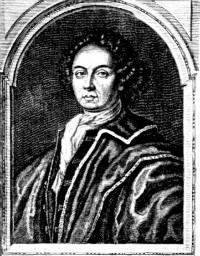 Johann Conrad Dippel was born in Castle Frankenstein in south central Germany in the region of Hesse. As was the custom of the day, he acquried Franckensteinensis or Franckensteina-Strataemontanus as a surname and became forever linked to the place of his birth. He received a Master in Theology in 1693 at the University of Giessen where he also studied philosophy and alchemy and gained a prominent position among Europe’s intellectual elite.

Influenced by the Age of Reason while remaining a fervently religious man, Dippel authored several controversal theological papers under his nom de guerre; Christianus Democritus, a name that represented the duality of his views. In them he called for the demise of the traditional church organization and a rejection of the Bible as the literal word of God in favor of a more personal approach to faith. They were widely circulated throughout Europe and earned him both praise and criticism. One enthusiastic follower, Emanuel Swedenborg, later criticized him as a cultish opportunist who was “bound to no principles, but was in general opposed to all, whoever they may be, of whatever principle or faith…becoming angry with any one for contradicting him.” Swedenborg also accused Dippel of being the ‘most vile devil…who attempted wicked things.’ This opinion was surely based upon his suspected experiments in alchemy. In his Maladies and Remedies of the Life of the Flesh, Dippel announced his discovery of the ‘Elixir of Life’, as well as, a method to exorcise demons through potions produced from the boiled bones and flesh of animals. Even more alarming to the public were rumors of his attempts at ‘soul-tranference’ on human cadavers, where he was viewed as playing God on desecrated corpses.

In the end, it was reported by his contemporaries that after having been thoroughly trashed by the religious leaders of the day Dippel gave up his faith altogether, directing all his energy to his experiments in alchemy. He never backed down from his arguments or the experiments that he felt supported them and may have even actively encouraged rumors that he was in league with the Devil, having sold his soul to become a dark sorcerer.

So, in the end, Mary Shelley may have used this real-life ‘mad scientist’ as inspiration but the moral lesson she provided her Doctor Frankenstein was lost on Johann Conrad Dippel.